Magazine clippings I used to cut out of newspapers and the music press back in my youth.
If you want to leave any feedback about my website prehistoricsounds.com or this blog just go to The Guestbook Post

Andy from The Black Assassins sent this poster over for a Brisbane Punk Band reunion gig coming up in September. 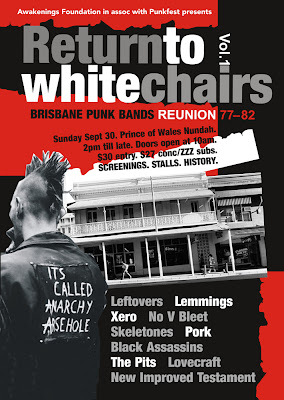 "You and the readers of Prehistoric Sounds might be interested in a gig coming up which features 10 Brisbane bands from the 1977 to 1982 period including us, the Black Assassins.